This is how Kaneva, a pretender to SL’s throne, marketed itself in the past. Image courtesy of Jo Yardley. Rescued from the memory hole by Grizzla.

Let’s get back to the “bikini babes” ads. Before I comment any further, I’ll have to say they were nowhere near the degrading and disgusting Kaneva (an also-ran SL wannabe with atrocious visuals) banner ads that promoted cheating (i.e. dishonesty) towards RL lovers. You can see one on the left. If we’re critical of SL’s “bikini babes”, what should we say about this? What I see as a real and appalling problem with them (besides their “cheapskate” aesthetics) is that they were not part of a general marketing campaign that would cause people’s jaws to drop to the floor at the sight of what’s being done in Second Life. Jo Yardley expressed her dismay at the one-sidedness of this marketing campaign – an “is that all there is to SL?” kind of feeling. It’s understandable, because none of SL’s banner ad campaigns I’ve seen so far (even taking the limited space into account) has showcased any in-world destinations and events.

It’s a pity, because SL has been graced with numerous magnificent builds and artistic installations, and there are still many gorgeous places to visit in-world, and many things to do and see. The Lab’s marketing department would do well to take a look at blogs like Honour McMillan‘s, Inara Pey‘s, Loverdag‘s, Quan Lavender‘s, or Ziki Questi‘s, to name but a few. All of these blogs (and there are many more out there, I’m sure) are filled to the brim with jaw-dropping imagery and coverage of truly breath-taking, beautifully designed in-world destinations and extremely creative artistic events (like The Basilique Performing Arts Company’s exquisite Paradise Lost in Second Life, which I had reviewed back in April) that simply can’t be found in any other virtual world at the moment. Sadly, the way things are at the moment, all this represents only more wasted potential for SL’s marketing. 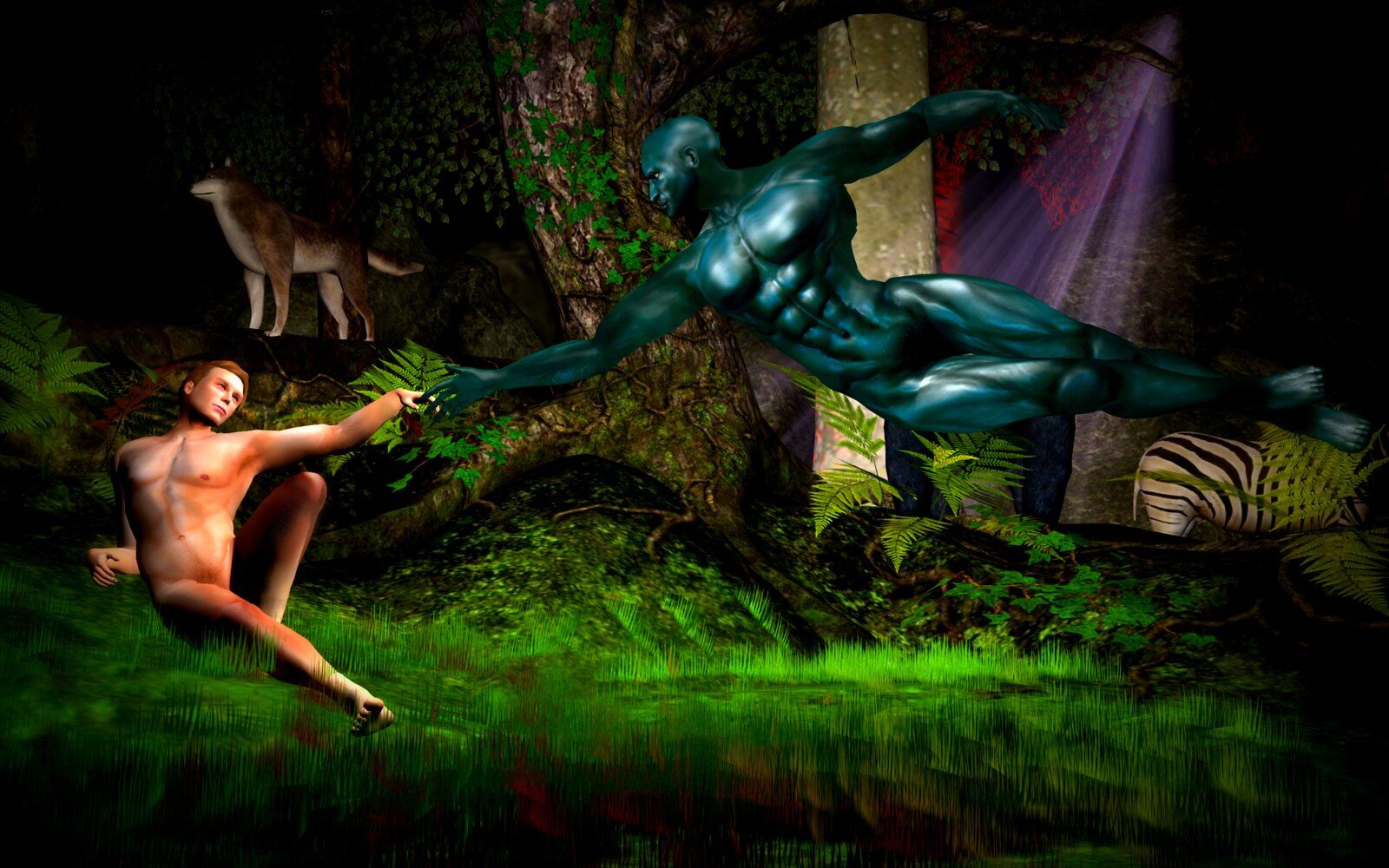 At any rate, it really doesn’t have to be an “either/or” perspective at all. LL’s marketing needs to observe what users do with SL more closely and use as much of this gamut of creativity as possible to market SL to as many different types of users as possible, showcasing not only its capabilities and beauty, but also its versatility and freedom.

Numerous posts have been written about how SL and virtual worlds must become “mainstream”. Several pundits (bloggers, forumites, etc.) have been telling us that, if SL wants to go “mainstream”, it’ll have to be pretty much Disneyfied, bowdlerised and sterilised: that it’ll have to become a family-oriented theme park of sorts. I don’t even know where to begin explaining how hare-brained this proposal is.

I’ll be blunt here: The people who promote this idea represent the most conservative, backwards, repressive and downright medieval part of SL’s user base and, frankly, they don’t know what they’re talking about. They present Facebook as a role model for Second Life and other virtual worlds. This is insane. Facebook’s Iran-like anti-anonymity, anti-pseudonymity stance is not only dangerous for activists and for people who wish to express themselves, but doing so with their real name could endanger their lives (see Jillian C. York’s excellent article “A Case for Pseudonyms“), it’s also completely against any kind of reason. And please, don’t give me that “pseudonymity and anonymity on the internet are the cause of all ugliness” talk, because the very people who act like this on the internet act the same way out of it. In other words, a jerk is a jerk, online and offline.

Staying on the Facebook “ideal”, let me remind everyone its hypocrisy: the nipples of women breastfeeding were a no-no, but racist pages are A-OK. And don’t even get me started on its research “ethics”. I fail to see how anonymity and pseudonymity is any creepier than Facebook’s emotional manipulation experiment on unsuspecting users who never gave any sort of consent (express or implied) to be messed around with by Facebook’s “researchers” who did it just to see if they could.

Also… Oh, the sweet, bitter irony of it all… Facebook, which is currently the definition of a mainstream social network, is actually the biggest meat market in the world. If we’re to have even a modicum of honesty, we’ll have to finally admit that most people on Facebook are there to “score” – I’m on Facebook myself, and see this stuff all the time. Nothing wrong with it, but please stop telling me that SL is all about the sex and Facebook is not.

There’s also something else: An important issue that the proponents of SL’s bowdlerisation fail to address. Mainstream adoption really won’t depend on whether SL (or whatever comes after it) allows us to have “pixel sex” or not. It won’t depend on whether nude avatars will be allowed or not. As Inara Pey and I pointed out, it’ll depend on whether it provides potential users with compelling reasons to use it or not. If it doesn’t, all the disneyfication in the world won’t help it at all.

So, rather than worry about whether some prude somewhere is “offended” by an avatar’s nip slip or by a n00b with a freenis, it’d be a lot better to worry about providing compelling solutions and applications. Sadly, SL’s marketing so far has failed to show potential users something compelling and exciting.

3 thoughts on “Second Life marketing, Sex and the Mainstream”

Time to stop bashing Second Life for its sexual side

Maybe the reaction to the "bikini babes" Second Life ad was a bit out of proportion?