Such is the title of Rebeca Bashly’s new installation at LEA6, the final installment for this round of the Linden Endowment for the Arts’ Full Sim Arts series. As Rebeca writes in the introductory notecard:

Looking at various myths, legends and fairy tales, apple seems to be pretty misfortunate for a woman.
When an apple appears in a story, you know that something will go bad.
From Eve, through Greek mythology to Snow White there was always a catch with an apple.
It is beautiful, delicious, tempting, seductive. A perfect disguise for all bad that can come.
I use it as a symbol for the monstrosities that women too often don’t recognise as such in its early stages.
This installation is about domestic violence and eating disorders, on first sight two very different things,
but violence against someone and violence against oneself are the same thing, a violence.

Indeed, the apple is often considered to be the symbol of a trap; a temptation that comes with a very heavy, if not fatal, price. In greek mythology, Eris, the goddess of discord, disgruntled for not being invited to the wedding of Peleus and Thetis, threw a golden apple – the apple of discord – among the guests, with the inscription “τῇ καλλίστῃ” (to the most beautiful one) on it. The goddesses Hera, Athena and Aphrodite vied for it. Paris of Troy was called upon to select the winner of this unlikely beauty pageant; after having been promised the hand of the world’s most beautiful woman, he gave it to Aphrodite, inadvertently lighting the fuse of the Trojan War.

And, of course, the tale of Snow White is well-known to everyone.

Rebeca’s installation takes the form of a huge, impressively built, almost completely eaten apple. The visitor spirals their way upwards and is met with two teleporters which lead to two sub-installations, each with its own story. Both stories focus forms of violence against women. One is domestic violence. The other is eating disorders: Anorexia nervosa and Bulimia nervosa, also colloquially referred to as “Ana” and “Mia”.

Before I speak of the two sub-installations, I’d like to dwell on the appearance of the apple a bit. First of all, it has a nasty green colour, which makes it look ominous rather than inviting, poisonous rather than tempting, venomous and sick rather than beautiful and delicious. And why is it completely eaten and not whole? 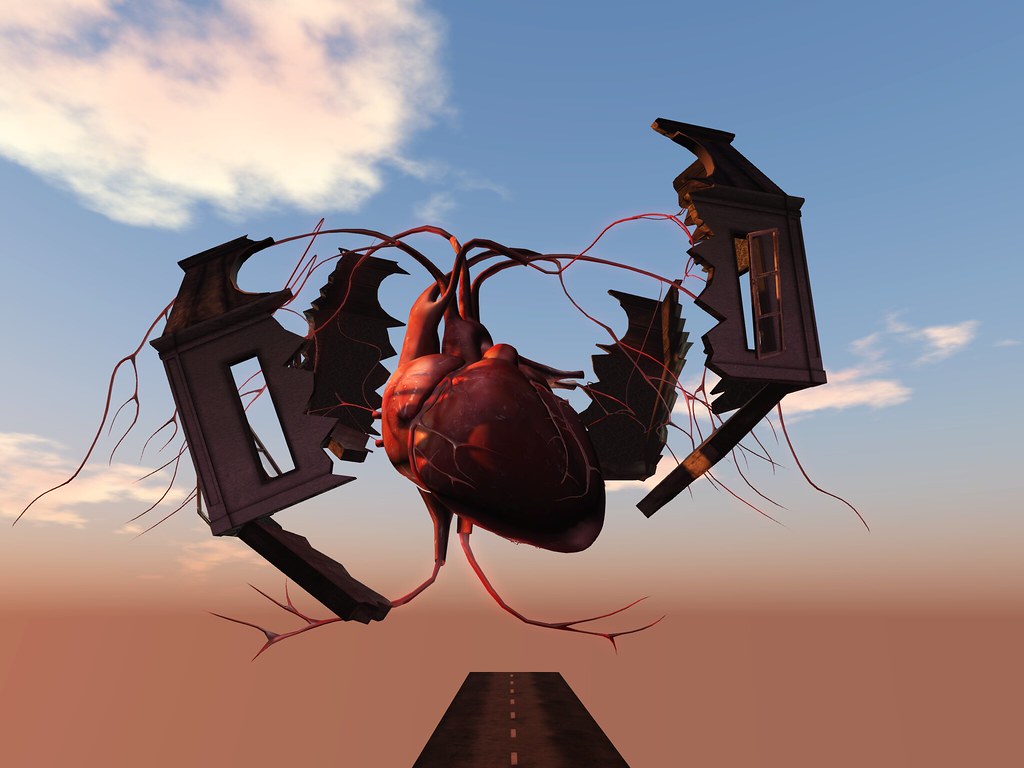 The best explanation I can come up with is that, in the beginning, in the early stages, we turn a blind eye to the signs of the abuse we are receiving – or dishing out on ourselves. We don’t recognise it as abuse. In the case of abuse and violence we receive from someone else, we make up excuses for the person we are so infatuated with. We see them abuse us and / or our friends and loved ones, and we forgive, rationalise, and even try to justify their behaviour, attributing no ill will to the one we have come to worship as some sort of infallible deity. We see the signs. But we blind ourselves to them. We don’t listen to those who are concerned about us. We don’t listen to our friends. We don’t listen to our family (if our family cares for us). We blind ourselves with passion and infatuation, and let the other person abuse us, play games on us, betray our trust behind our backs, manipulate us… Break us. Physically and emotionally. And, by the time we wake up to what’s going on, we’ve eaten up the entire poisonous apple. What happens next is anyone’s guess.

The first sub-installation’s story is titled “No place like Home”. Above a piece of road, a house explodes and a huge, pulsating heart breaks free. If I’m reading the story in the notecard right, a woman has suffered so much, has taken so much abuse… And eventually, she tears everything apart. She has broken free. 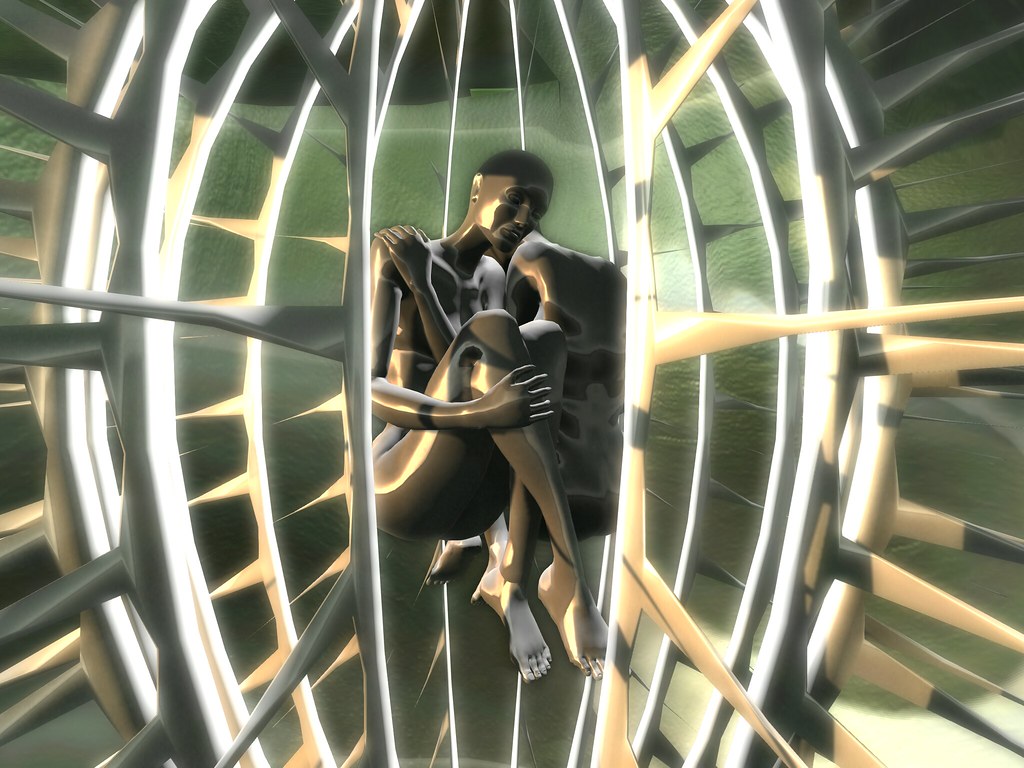 The second sub-installation, “Doll House”, is about anorexia nervosa and bulimia nervosa: Eating disorders that cause terrible harm to numerous women throughout the world, for emotional reasons and also in the name of artificial, unnatural beauty standards set by the fashion system – see the hangers on which the emaciated women are placed in the house’s garden, just above a large mirror (or mirror-like pool) on the floor. 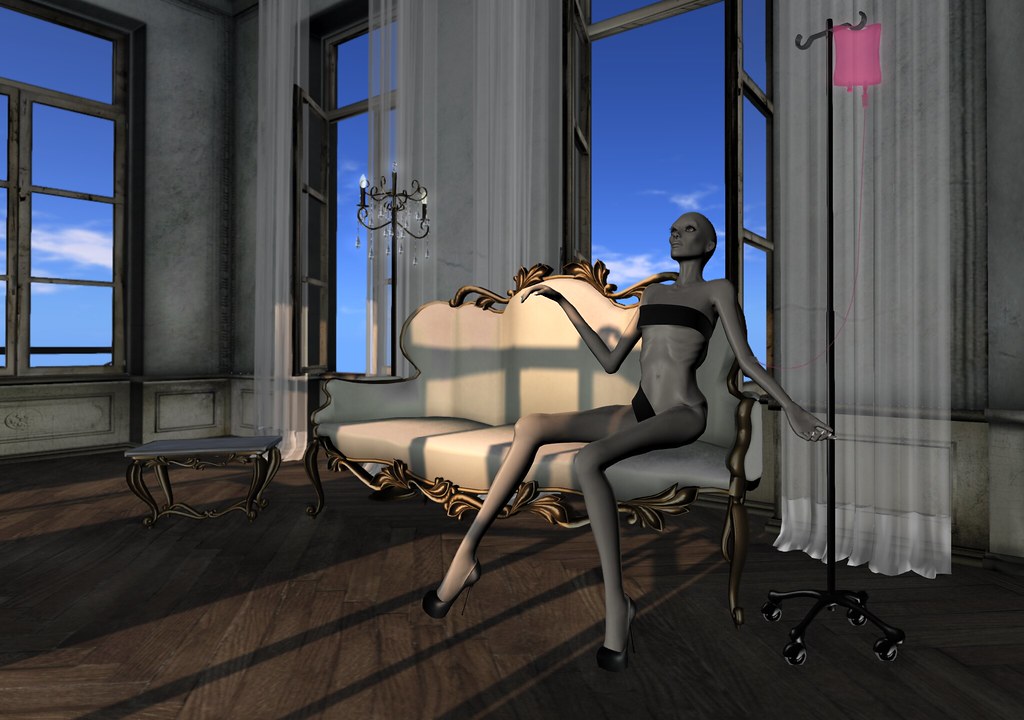 While the art is certainly disturbing, it is beautifully and thoughtfully composed, and I highly recommend that you visit this thought-provoking installation, which will be open throughout the month.

2 thoughts on “When life gives you apples… Run!”