One of the most popular demands among Second Life’s community, and especially the content creators, has been the development, installation, and deployment, of technologies and technical means that would prevent the upload of content that infringes on their own intellectual property. Such a technology, which computer developers and internet experts call an “upload filter”, is supposed to work as follows:

When you attempt to upload something to an internet platform, the upload system analyses it and compares it to a database of copyrighted material. If it is found to bear any similarity with a copyrighted work, then it is rejected and you are told what a naughty something you are for attempting to rip off a poor creator. This is pretty much what YouTube’s Content ID system does: you upload some music, it checks it against its database and, if you can’t get an ad-powered licence for it to be uploaded, it’s rejected. You may appeal the automated system’s decision if you think your upload was rejected in error, but don’t hold your breath.

END_OF_DOCUMENT_TOKEN_TO_BE_REPLACED

The talk of the day was #berryCopyright, a (erroneously named, as the dispute was about trademarks and not copyrights) hashtag encompassing a trademark complaint Linden Research Inc. filed with YouTube against a tutorial video by blogger/vlogger Strawberry Singh, who shared on her blog what had happened to her. Thankfully, sanity prevailed and Linden Research Inc., after considerable outcry by community members, bloggers, and commentators, reversed the ill-advised takedown notice and publicly apologised to Ms Singh. The trademark complaint which was filed with YouTube by the company’s IP specialist, who goes by the “Tia Linden” name in-world, was revoked, and an encouragingly-worded post was made on the company’s official blog. This trademark complaint honestly made no sense whatsoever, as the appearance of LL’s trademarks (most notably, the “eye-in-hand” logo) in the “offending” video had every hallmark of fair, informational use, as one can easily understand by reading the International Trademark Association’s material on the subject, and the material provided by Nolo (the latter was contributed to Strawberry Singh’s original post as a comment by Alana Onyett).

END_OF_DOCUMENT_TOKEN_TO_BE_REPLACED 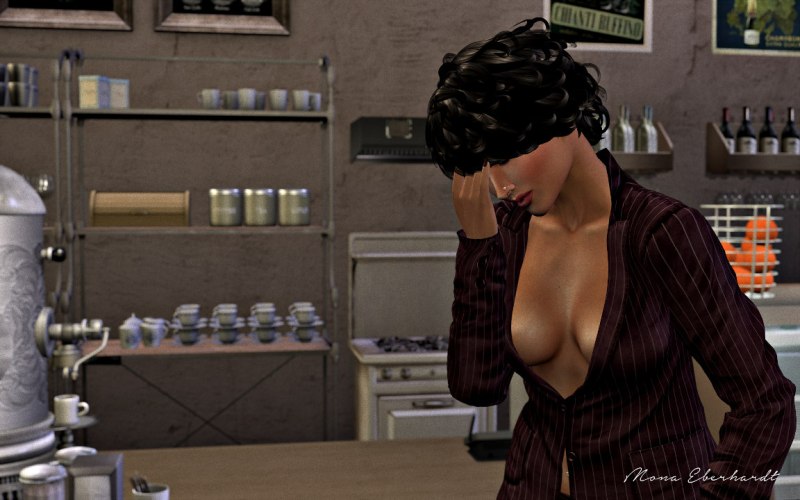 You had one job. How could you fuck it up so badly?

Perhaps thinking we had missed its worst, Linden Research Inc. decided to file a trademark complaint with YouTube against one of the biggest promoters, supporters, and advocates of Second Life, blogger/vlogger Strawberry Singh. The “offending” video is a tutorial, included in her “Introduction to Second Life” blog post, in which she explains to new users how to create an account, download the official viewer, and move around in their 3D surroundings. Since she unavoidably screen-captured her web browser to show people around the official website, the video obviously displayed SL’s eye-in-hand logo. The logo was also featured prominently in the 3D walkaround, as the in-world welcome area itself includes it.

END_OF_DOCUMENT_TOKEN_TO_BE_REPLACED 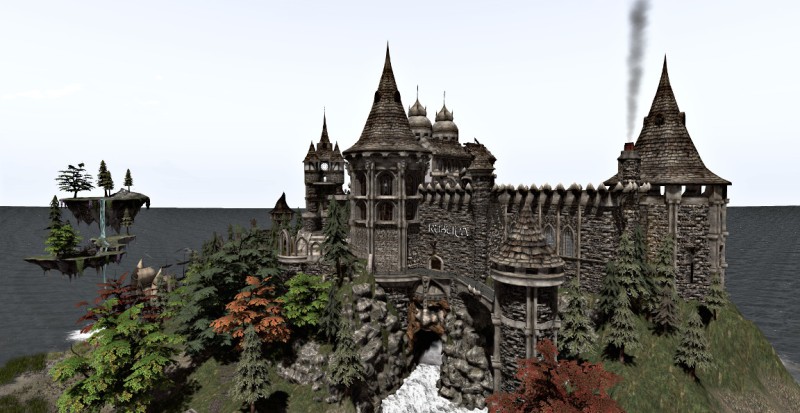 Maxwell Graf’s shop on the Rustica sim. Click on the images for their full-size version.

Maxwell Graf is one of the most talented and respected content creators in Second Life, and, from what I’ve seen in his Plurk timeline, he’s also been an early adopter of the new virtual worlds that will duke it out for a piece of the market in the coming years. He has become known for his brand Rustica (marketplace store, in-world landmark, blog) through which he sells very well-made houses and furniture, with many of them being of a medieval theme.

END_OF_DOCUMENT_TOKEN_TO_BE_REPLACED

This Valentine’s Day (Saturday, February 14th), One Billion Rising in Second Life will be held once again, as an addition to the campaign held in the physical realm. As a matter of fact, we’re getting very close to the day of the event. As was the case in the previous years (2013 and 2014), the four regions for the event are in place and the artists and personnel are all working round the clock to complete the installations and the stages.

The names of the four regions are Drum, Rise, Dance, and Change. Following the recipe adopted from the first time the event was organised, they are arranged in a square formation, with the massive dance stage occupying the centre to allow as many users to be present as possible, with as little lag as possible. One Billion Rising, of course, is not “all about dance”; dance, as has been explained numerous times before, is used as a way to give the campaign a positive, inclusive, optimistic character. At the OBR regions, victims of gender-based abuse (be it societal or domestic) can be pointed to organisations that can help them. And, of course, people who want to offer their help to such organisations can find out how to get in touch and help others.

As has been the case in previous years, around the stage there is a perimeter where the artists’ installations. More than twenty artists are taking part, and their works, as requested by the organising team, will be inspired by the names of the four regions. Among these displays there will also be an area for the artists of 2Lei, a project that, like OBR itself, aims to raise awareness to women who are victims of violence. 2Lei in Second Life is held as part of the International Day for the Elimination of Violence Against Women, held annually on the 25th of November.

Besides the 2D and 3D art installations, this year’s OBR will also feature a picture gallery, a sculpture garden, and a stage for poetry and performances. You can find the full event schedule here. 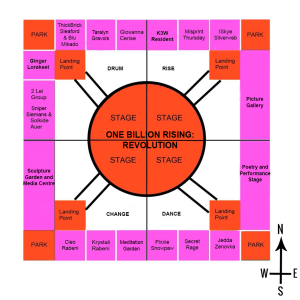 The map of the four regions of OBR 2015. Please click on the picture for the full-size version.