I have to admit that, as a blogger, I’m effectively in semi-retirement. RL obligations keep me distracted from doing things in-world and from blogging. Also, I lack the motivation and drive I used to have. I guess you could say that all these years in Second Life have caused a fair bit of fatigue. However, I still care enough about SL and similar free-style virtual worlds in general to try and promote policies that don’t ruin their potential. Last time around, I participated in the protests against the destructive EU Copyright Directive, whose articles 15 (formerly 11) and 17 (formerly 13) pose a grave existential threat to virtual worlds like SL and (unsuccessfully) lobbied my country’s MEPs to vote against it. Only two did – the others chose to become accomplices to Axel Voss’ and Emmanuel Macron’s machinations.

Anyway, here I am, blogging again, but not one of my usual long-form opinion pieces. Instead, I chose to blog about my shape, necro-posting one of Strawberry Linden’s (née Singh) old memes. If you’re wondering why… Well, the truth is, I simply felt like it, and I had a few reasons to do it. You see, I’d been tinkering with my shape a wee bit, so I thought I’d give you an opportunity to compare this version of me to the previous ones. Finally, I have a bunch of things to say about it all. 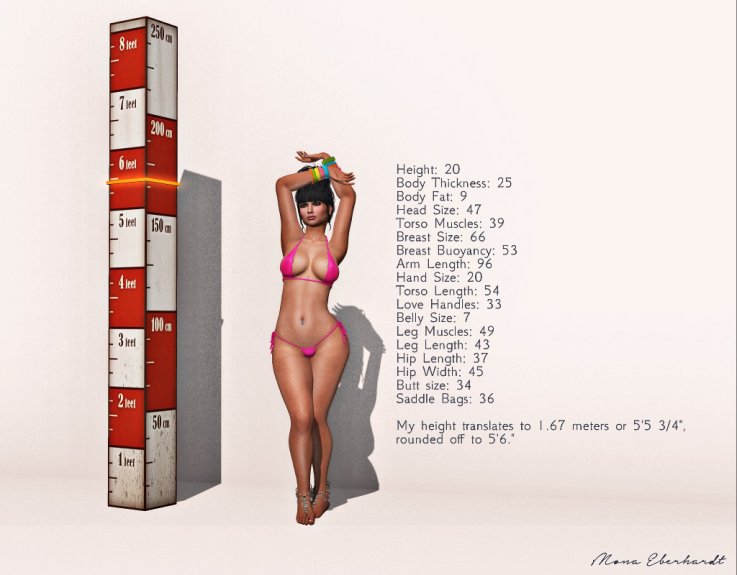 As always, clicking on the image takes you to the full-size version, which opens in a new tab.

END_OF_DOCUMENT_TOKEN_TO_BE_REPLACED

The talk of the day was #berryCopyright, a (erroneously named, as the dispute was about trademarks and not copyrights) hashtag encompassing a trademark complaint Linden Research Inc. filed with YouTube against a tutorial video by blogger/vlogger Strawberry Singh, who shared on her blog what had happened to her. Thankfully, sanity prevailed and Linden Research Inc., after considerable outcry by community members, bloggers, and commentators, reversed the ill-advised takedown notice and publicly apologised to Ms Singh. The trademark complaint which was filed with YouTube by the company’s IP specialist, who goes by the “Tia Linden” name in-world, was revoked, and an encouragingly-worded post was made on the company’s official blog. This trademark complaint honestly made no sense whatsoever, as the appearance of LL’s trademarks (most notably, the “eye-in-hand” logo) in the “offending” video had every hallmark of fair, informational use, as one can easily understand by reading the International Trademark Association’s material on the subject, and the material provided by Nolo (the latter was contributed to Strawberry Singh’s original post as a comment by Alana Onyett).

END_OF_DOCUMENT_TOKEN_TO_BE_REPLACED

You had one job. How could you fuck it up so badly?

Perhaps thinking we had missed its worst, Linden Research Inc. decided to file a trademark complaint with YouTube against one of the biggest promoters, supporters, and advocates of Second Life, blogger/vlogger Strawberry Singh. The “offending” video is a tutorial, included in her “Introduction to Second Life” blog post, in which she explains to new users how to create an account, download the official viewer, and move around in their 3D surroundings. Since she unavoidably screen-captured her web browser to show people around the official website, the video obviously displayed SL’s eye-in-hand logo. The logo was also featured prominently in the 3D walkaround, as the in-world welcome area itself includes it.

END_OF_DOCUMENT_TOKEN_TO_BE_REPLACED

I missed Strawberry Singh’s 2015 round of the “What’s Your Digits?” meme, and I do admit it was semi-deliberate, as I had all sorts of personal RL situations (some of them stemming from in-world events) to handle: from eurocrisis-induced financial woes to health issues and everything in between. Then (this year) came childbirth, with all that comes with it. As you can guess, I made putting my RL in order my #1 priority and distanced myself from the whole SL scene for a while; I must say that the way I view SL and everything concerning it has changed drastically, and I don’t regret it at all.

Last time I responded (back in 2013), the meme focused on the issue of avatar proportions. This time, the tagline is “the mesh body revolution” and, predictably, attention is turned to our transition to third-party mesh bodies, our preferred mesh bodies, and whether we’ve changed our avatars’ shapes accordingly. I also missed the 2014 round, which was concerned with the introduction of fitted mesh for clothing and avatars. I had actually started writing a draft, which I never got around to finishing, but other things got in the way. So, now, I’ll respond to both rounds, albeit with a significant delay.

END_OF_DOCUMENT_TOKEN_TO_BE_REPLACED 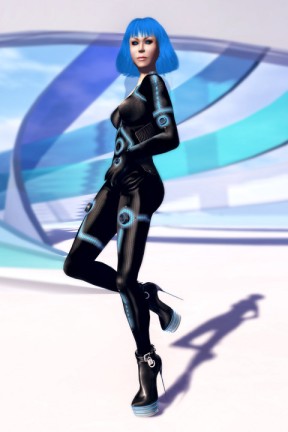 It’s been quite a while since I last followed a blogging meme or challenge; actually, this is the second time I’m doing this and again it’s something instigated by Strawberry Singh. I’ve gone on record for saying that memes aren’t really my thing and I’m not going to bother reiterating the reasons for this policy of mine. If I’m to blog about something, I have to find it interesting – and this one is interesting, at least to me and many others: it’s about avatar proportions.

It’s a fact that most of the default “starter” avatars (at least when I started with SL, first in 2006 and again in 2008) have cringe-inducing proportions and are ridiculously (or, I should say, comically) tall: a typical barefoot female avatar is around 2m tall (6ft 7in), and a typical male avatar is even taller than that. When was the last time you encountered a woman that’s as tall as an NBA player? Exactly.

These oversized avatars, combined with the idiotic and obsolete default camera offsets, do nothing to enhance our enjoyment of Second Life. Quite the contrary, as it is nigh on impossible to build to scale.

Thankfully, several people have begun to understand how seriously things are broken and have started improving their avatars and even trying to influence others to do the same. One of the most notable (and noisy, in some people’s minds) is Penny Patton, who has written about the importance of proper avatar proportions, scale and camera positioning (much to the ire of several people who tried to present her as some sort of “avatar cop”) and has even put out on the marketplace a set of free, full-perm “Vitruvian shapes“, with realistic proportions, that people can use as a base for their own shapes; and, as an added bonus, she has included an accurate height detector, which I personally find to be an extremely useful tool.

As is the case with all of Strawberry’s memes, there are some questions to be answered. So, without further ado, I’m going to cut to the chase:

However, I usually differ somewhat from these proportions, not least because I use a modified version of Utilizator Mode’s excellent <UTILIZATOR> Avatar 2.0 mesh body for my latex-encased look, which is my “standard” appearance on the vast majority of occasions. 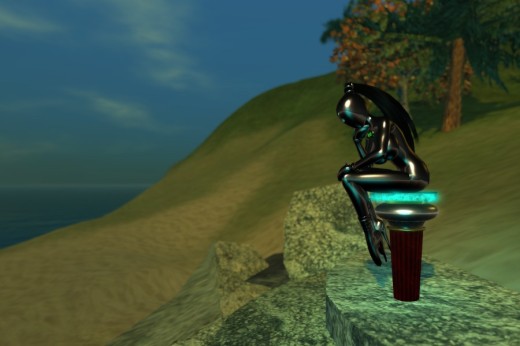 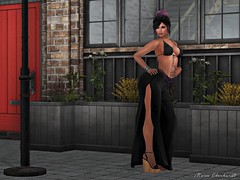 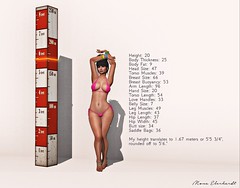 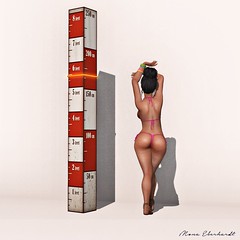 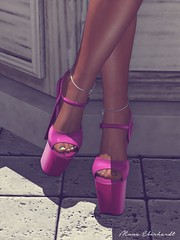 The contents of this blog are covered by a Creative Commons Attribution-ShareAlike 4.0 International Licence.

Second Life®, Blocksworld® and SL™, the eye-in-hand logo and Sansar® ™ are trademarks of Linden Research, Inc., operating under the name of Linden Lab©.

Avination© is a service of Avination Virtual Limited.

InWorldz™ is the Trademark of InWorldz, LLC.

The H-in-a-circle logo is a trademark of High Fidelity Inc.

Copyrights and trademarks belonging to these entities are acknowledged when referring tο products and platforms operated by these entities.

Statements presented or made within comments submitted to this blog represent only the views of the comments’ authors, and no assumption may be made that they reflect the blog author’s opinion, view, and/or beliefs. Neither may the appearance of any comments following any article within this blog be construed as endorsement of the opinions, views, and/or beliefs expressed within those comments on the part of the author of this blog.